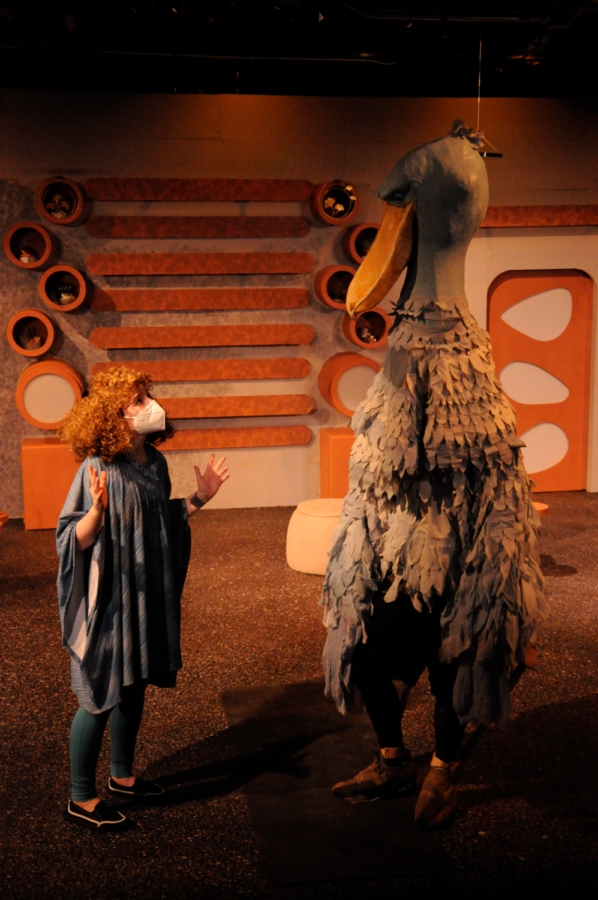 ‘Babel’ and the search for the ‘perfect human being’ – NEIU Independent

The search for the perfect world, the perfect civilization, the perfect human being is a recurrent theme, a fundamental question and perhaps intrinsic to our nature. How can we improve the world as a society, as individuals? The history of mankind is largely the history of the answers to these questions in action, operating on the face of the earth. Literature has also contributed to this debate, but instead of just looking back, it has the power to imagine how far the consequences of the ideas that guide the action of humanity in the paths traced since today.

The lesson we can learn from history, of the times when paradise on Earth was promised, is that with the best intentions – or disguised as the best intentions – the greatest atrocities are committed. The role of dystopias is perhaps not to give lessons but to suggest questions, to shake up, to awaken, to open our eyes to what is not yet but could be, or even more alarming, to show what is already happening but remains in some way hidden from our eyes. Instead of the brutal inevitability of history, dystopias, while painting sometimes dire pictures, offer hope that something can still be done about it.

“Babel” deals tangentially with a dark page of history that cannot be erased but can be prevented from repeating: eugenics. The eugenics movement was born at the end of the 19th century by trying to apply Darwin’s theories to human beings. Francis Galton, cousin of Charles Darwin himself, is considered the father of eugenics, defined in his own words as “the study of all agents under human control which can improve or alter the racial quality of future generations” . This affirmation carries an inherently racist formulation and the denial of the equality of all human beings, of their equal worth and dignity.

Theories of scientific racism were nurtured from the seed of eugenics, which reached wide development in the United States with authors such as Madison Grant with “The Passing of the Great Race”, a book published in 1916, where he made the declaration of racial superiority to northern Europeans. This publication contributed to the founding of the American Eugenics Society in 1921, an organization from which eugenics theories were transformed into government policies, such as the forced sterilization of people with disabilities or mental illness, but especially the black population. Later he was praised by Hitler.

These racist and eugenic policies explicitly served as a model for the Nuremberg Laws that institutionalized the persecution of Jews in Nazi Germany. They were taken to extremes with the mass sterilization of Jewish women and the Aktion-T4 plan which ended the lives of hundreds of thousands of people who, due to different physical or psychological disabilities, were considered a burden. finance and genetics for German society and state.

In the world of “Babel”, the racial component of early 20th century eugenics has been overcome, but instead, the new eugenics establishes the criteria for determining which lives are worth living and which are not. are not based on genetic parameters. Only the fittest should be born for “the good of the community”, which is again a similar approach to that of Nazi Germany since it is an exclusive community, of which only “the certified” are a part.

The new eugenics, using scientific and technological progress, develops and carries genetic determinism to the final consequences, an idea already present in the first eugenics movement and postulates that we are determined in all aspects of our existence by our genetic material and that the human being beings do not change. However, the evidence against this claim is overwhelming. The personal experience of any individual is enough to show that life is in constant evolution and that if genetics is a factor to be taken into account, it is a conditioning element but not a determining one. Our history, our experiences, our decisions, our freedom of action and our conscience tell more about someone than any genotype.

Determining who should or should not live by their genetic information is an arbitrary decision, much like the 19th century race theories used by early eugenicists. They also believed that they acted following the infallibility of science and progress. But what is science if not a relative and partial knowledge of the immensity of the universe? What is progress but a word empty of content and in need of direction? Science and progress must be placed at the service of all of humanity and, at the same time, of each human being in a particular and personal way. Not the opposite. When humanity ceases to be an end to become a means, human life – especially that of vulnerable, oppressed and discriminated groups – becomes something disposable, substitutable. As Hannah Arendt said: “Where human life becomes shallow, totalitarianism lurks”

In “Babel” we see how the lives of those who do not meet genetic standards are directly cut short without further consideration. Seeing this on stage may surprise or even shock us, but the truth is that the reality is not far away. Considered one of the fathers of modern genetics, Jérôme Lejeune, the French scientist who discovered trisomy 21, or Down syndrome, also developed amniocentesis as a prenatal diagnostic tool soon after. His biggest fear was that instead of becoming a scientific breakthrough to treat and improve the quality of life for people with Down syndrome, it would become a means of eliminating them before they were born. His fears have been confirmed over time as well as in the case of people with spina bifida or even with easily treatable diagnoses like cleft lip.

I can’t get out of my head two moments at the theater when Renee and Ann said they didn’t want to bring a “monster into the world.” Is it possible that a child, a baby, no matter how serious, is a monster? Can a defenseless being without guilt or evil be a monster? Wouldn’t it be the other way around? Those who consider them “monsters”, those who deny their humanity, aren’t they the real monsters?

I kept thinking about that word, ‘monster’, and discovered that after all – although a shiver ran down my spine when I heard it in the room – ‘monster’ is not not a wholly inappropriate way of designating those who are different. It is a word that comes from the Latin “monstrum” – to show – which is derived from the verb “monere”, which means to warn. According to classic literature, a monster was a warning sent to the world by supernatural forces to communicate a message.