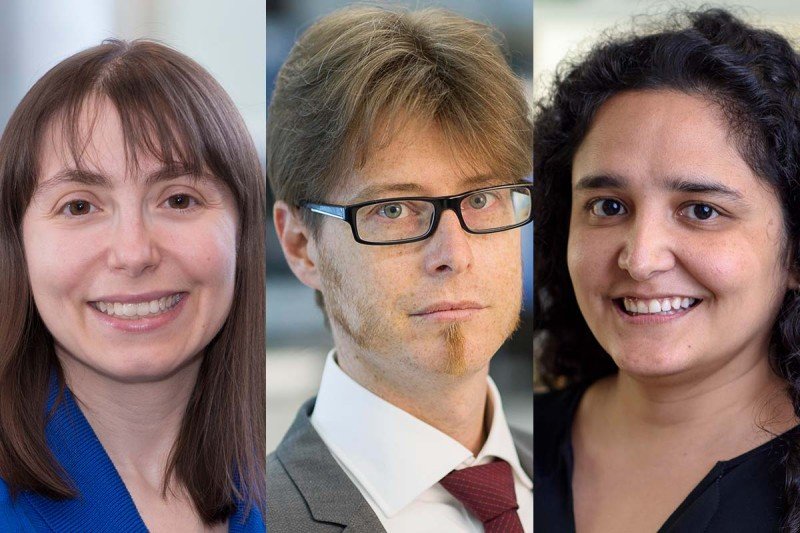 The underlying genetic causes of cancer have traditionally been classified into two categories: tumors are caused either by somatic mutations, which occur by chance during a person’s lifetime, or by germline mutations, which are inherited at the birth of a parent and greatly increase the chances of developing cancer at an early age.

Researchers at Memorial Sloan Kettering Cancer Center recently discovered that a third category of cancer-related mutations may be more common than previously thought. This circumstance, called embryonic mosaicism, occurs when a mutation that increases cancer risk occurs very early in development, when an embryo consists of only a few cells. As the embryo grows, these mutations will be passed on to many cells in the body. As a result, the person who grew up from this embryo could have similar risks as someone who inherited a germline mutation from a parent, even if they have no family history. The findings were reported on December 24, 2021, in Discovery of cancer.

“In the past, this type of mosaicism was detected only in very rare cases, when it turned out by chance that a person had one of these mutations”, explains Diana Mandelker, director of the genetics laboratory diagnostic molecule of MSK and corresponding co-author of the new paper. “Our study suggests it occurs in approximately 1 in 1,000 cancer patients, making it more common than we previously thought.”

One of the reasons this finding is important is that, unlike a somatic mutation that only develops in certain tissues, these mutations can be passed on to future generations if they occur early and affect gametes (eggs or sperm). Additionally, the presence of these mutations may have implications for treatment with certain types of personalized medicine. The presence of these mosaic mutations suggests that a person may be at risk for developing future cancers, which may influence cancer screening.

Searching for meaning in “fortuitous” mutations

This research was made possible by data collected with MSK-IMPACT™, a test that looks for mutations in tumors to guide cancer treatment. Unlike other genomic sequencing tests, which only analyze tumor tissue, scientists designed MSK-IMPACT to also sequence patients’ normal DNA (obtained from blood cells) for comparison. This allows doctors to detect when someone has a germline mutation inherited from a parent, rather than just focusing on somatic mutations. The new study reveals that MSK-IMPACT can also determine if someone has a mutation resulting from mosaicism – when a significant proportion of tissues share a common genetic trait. Mosaicism means that there are two or more genetically distinct sets of cells found in a living thing.

Our study suggests that [embryonic mosaicism is] more common than we previously thought.

The researchers used data from 35,310 patients whose tumors were studied with MSK-IMPACT. They looked for carcinogenic mutations in tumor and normal DNA, then compared the two. “MSK-IMPACT gives us a unique opportunity to do this kind of research because its sequencing methods are so robust,” says physician-researcher Jorge Reis-Filho, the paper’s other corresponding author.

When a person has a germline mutation inherited from a parent, it will show up in about half of their DNA. (Remember that humans get half their DNA from their mother and half from their father.) In the past, when mutations were detected in less than 50% of the DNA, the origin of these mutations was unclear. Indeed, these findings could be the result of mutations in the blood cells or variations in the sequencing technology used. Now, using MSK-IMPACT, MSK researchers have been able to show definitively that some of these mutations in the blood actually represent mosaicism.

In this study, researchers used data from MSK-IMPACT to focus on some of the most common genetic mutations associated with an increased risk of cancer, including those in BRCA1 and BRCA2 and genes associated with Lynch syndrome. They also looked at a few cancer genes that are rarer.

Once investigators identified patients carrying these cancer susceptibility mutations in a potentially significant fraction of their DNA (about 1.5% to 30%), MSK pathologist Fresia Pareja took a closer look at the tissue samples of 10 of these patients. Dr. Pareja is the first author of the article.

Dr. Pareja used a technique called laser capture microdissection analysis to look for mutations in all tissue types – not just tumors and blood cells, but also cells that start from each of the three tissue types that appear early in the development of an embryo. In many cases, the mutations were found across this range of tissue types, suggesting that the mutation had occurred even earlier in development (before the emergence of the three fundamental tissue types). “We thought that the distribution of a mutation in normal tissues would indicate when the mutation appeared,” she explains. “Using advanced mathematical models, we found that these mutations likely occur within the first five cell divisions of embryogenesis.”

Using advanced mathematical models, we found that these mutations likely occur within the first five cell divisions of embryogenesis.

The pathology team collaborated with Anna-Katerina Hadjantonakis, chair of the developmental biology program at the Sloan Kettering Institute, an expert in embryonic development. Together, the researchers determined that these cancer-causing mutations occur very early in development, when embryos consist of fewer than a dozen cells. When the embryo later divides and creates more specialized tissues (like the different types of cells found in muscles, nerves, and organs), the carcinogenic mutation is transported and distributed throughout the body.

The researchers took the research a step further to confirm that the cancer susceptibility mutations observed in the tissues were in fact important for the formation of these cancers. They did this by examining the genomes of tumors growing in individuals with mosaic mutations, which showed the genomic “scars” expected in cancers caused by a mutation inherited from the germline. These analyzes established a causal relationship between the mosaic variants and the development of the respective cancers.

The new study suggests that more patients could benefit from certain treatments, but only if their mosaicism is detected. For example, people with inherited BRCA mutations respond well to targeted therapies called PARP inhibitors. People with Lynch syndrome respond well to immunotherapy drugs called checkpoint inhibitors.

Application of findings to patient care

Overall, the researchers found that these mutations due to mosaicism occurred in 36 patients, or about 1 in 1,000 cancer patients tested. This number is small, but not negligible. “We could only make a discovery like this at MSK, where so much data is available thanks to MSK-IMPACT,” says Dr. Mandelker.

Based on the findings reported in this article, members of MSK’s Diagnostic Molecular Genetics Laboratory plan to screen for mosaicism in every new patient who is tested with MSK-IMPACT.

“In the future, we will soon be able to detect this mosaicism in real time and include it in the patient’s clinical report,” explains Dr. Reis-Filho. “Because we are the largest cancer center that routinely sequences normal DNA in addition to tumor DNA, we are in a better position to ensure that every patient receives the best treatment.”

By sharing their findings, Drs. Reis-Filho and Mandelker and their colleagues hope to spread awareness of this situation beyond the walls of MSK. They also plan to continue their studies of mosaicism and its effects on cancer susceptibility.