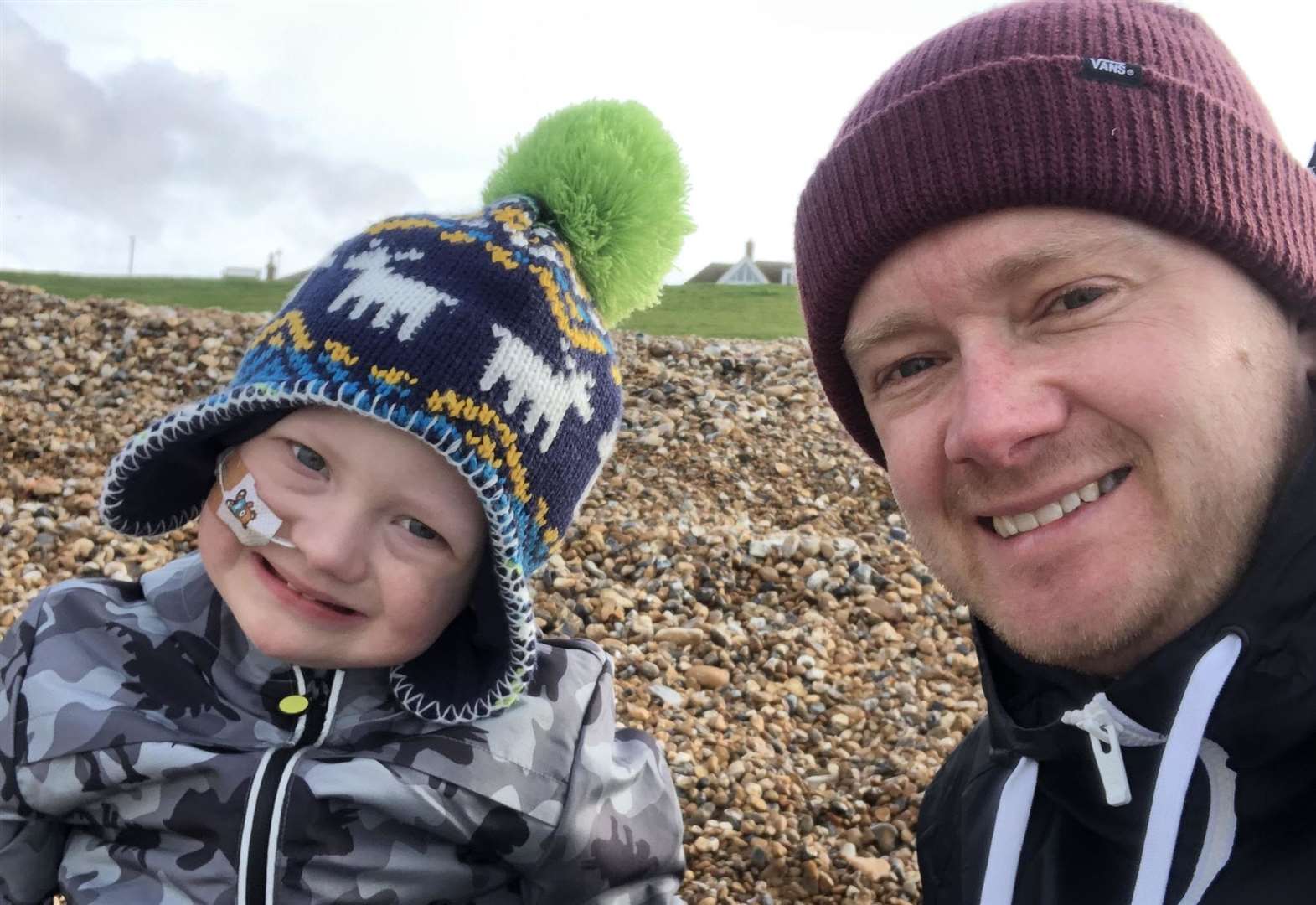 The parents of a brave five-year-old boy received a double blow when he was diagnosed with advanced blood cancer and a rare form of Down syndrome.

Animal lover Alfie Bills from Whitstable struggled to get rid of various illnesses and had small bruises on his body that would not go away.

He was rushed to hospital and tests revealed he had acute lymphoblastic leukemia – diagnosed when he was just three years old.

But doctors also found he suffered from a rare genetic condition called mosaic Down syndrome, leaving his parents, Andy, 40, and Jen Bills, 38, heartbroken.

The All Saints Close resident has bravely battled blood cancer – having to endure a relentless regimen of chemotherapy for the past 27 months.

Between the intense treatments, he also managed to maintain high attendance at Joy Lane Elementary School.

Mr. Bills, who is sales manager at National Ventilation, recounted his son’s battle with the disease.

“Alfie contracted various illnesses and had a hard time shaking them off,” he said.

“We were going back and forth to the doctors, we were given antibiotics and nothing worked for several months.

“The defining moment was that he had small bruises all over his body that didn’t go away.”

When they visited the doctors in May 2019, his GP was concerned and Alfie was immediately sent to QEQM Hospital in Margate for examination. Tragically, tests revealed he had advanced blood cancer.

His parents learned that if the cancer had not been discovered, he might have survived only three more weeks from damage to his liver and kidneys.

“At this point our world has collapsed,” added Mr. Bills. “From that point on, everything was on deck from the consultants and specialists. “

But doctors also discovered that little Alfie had mosaic Down syndrome.

People born with trisomy 21, the most common form of Down syndrome, have an extra copy of chromosome 21.

“Prior to his cancer diagnosis, we had some difficulty with his development and progress when he was three years old,” added Bills.

“He was falling behind on his speech and his mobility. We shared our concerns with his GP who said he was a bit young and needed to keep an eye on him.

Alfie had to stay at the Royal Marsden in Surrey for six weeks where he underwent an intense regimen of chemotherapy, which left him bedridden.

After months of treatment, he went into remission in September 2019 and began his three-year maintenance treatment to reduce the risk of the cancer coming back.

This involves taking oral chemotherapy drugs every day, another type of chemotherapy on Wednesdays, and strong antibiotics on the weekends.

Once a month, he has to go to the QEQM to undergo another type of chemo via a portacath in the chest – which has more intense side effects – and a course of steroids, which causes mood swings and affects his diet. .

Finally, every three months, he goes to the Royal Marsden where he undergoes a lumbar puncture. These cause nausea and joint pain, but luckily he can still move around on his own and play.

Although he is incredibly tired and constantly feels sick, his treatment is working.

But as her father said, the “journey is far from over” and there is a risk of relapses.

Mr Bills, his family and friends have since held a fundraiser, traveling 33 miles through the Peak District in July to raise funds for the Young Lives vs Cancer charity, which supported Alfie.

They have raised over £ 11,000 so far but are looking for more donations. To contribute, click here.

Read more: All the latest news from Whitstable